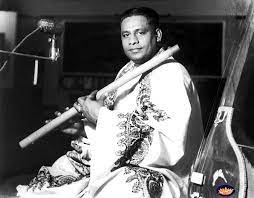 The bansuri (Hindi: बांसुरी) is a transverse alto flute of India, Pakistan, Bangladesh and Nepal, made of a single length of bamboo with six or seven open finger holes. An ancient musical instrument associated with cowherds and the pastoral tradition, it is intimately linked to the love story of Krishna and Radha, and is depicted in Buddhist paintings from around 100 AD. It is intimately associated with Krishna's Rasa lila; the tunes on his flute are poetically associated with driving the women of Braj mad. The North Indian bansuri, typically about 14 inches long, was traditionally used as a soprano instrument primarily for accompaniment in lighter compositions including film music.

The word bansuri originates in the Sanskrit bans [bamboo] + swar [musical note]. There are two varieties of bansuri: the transverse, and the fipple. The fipple variety is usually played in folk music and is held away from the lips like a whistle. Because of the flexibility and control it offers, the transverse variety is preferred in classical music.

Pandit Pannalal Ghosh (1911-1960) elevated the Bansuri from a folk instrument into serious classical music.[1] He improvised with the length and number of holes and eventually came up with longer bansuris with larger bores and a seventh hole placed 90 degrees around from the line of the other six holes. Longer bansuris provided better coverage in the lower octaves.

Bansuris vary in length. They range from about 7.5 inches up to about 42 inches ( 35 scales made by Punam flutes ). E natural bass  bansuri is common for north Indian classical music . Another common and similar Indian flute played in South India is the venu. The index, middle, and fourth fingers of both hands are usually used to play the six hole bansuri. For the seven hole bansuri, the fifth finger (pinky) of the right hand is usually used.

The sound from a bansuri comes from resonance in the air column inside it. The length of this column can be varied by closing or opening the holes. At the same time, keeping a hole half-open helps in getting a flat note. The 'sa' (on the Indian sargam scale, or equivalent 'do' on the octave) note is obtained by covering the top three holes from the mouth-hole. The higher and lower octaves are played by changing one's embouchure. The flat portion of fingers, and not the tips, are used to cover the holes as this gives better control and ease while playing the half-holes. While playing, the sitting posture is also important and care must be taken so that the back is not strained for long hours. Bansuris of different sizes are used to play different octaves. The longer bansuris with larger bore are usually for lower octaves and the slimmer ones for higher octaves.

In order to play diatonic scale on a bansuri, it is important to find where the notes lie. For e.g. in a bansuri where Sa or the tonic, played always by closing the first three holes, is equivalent to D, you can play sheet music by creating a finger notation that corresponds to different notes. A bansuri player is able to achieve the complexities of Raga music such as microtonal inflections, ornamentation, and glissando by varying breath, fast movement while playing both half and full holes, and covering the holes gradually. 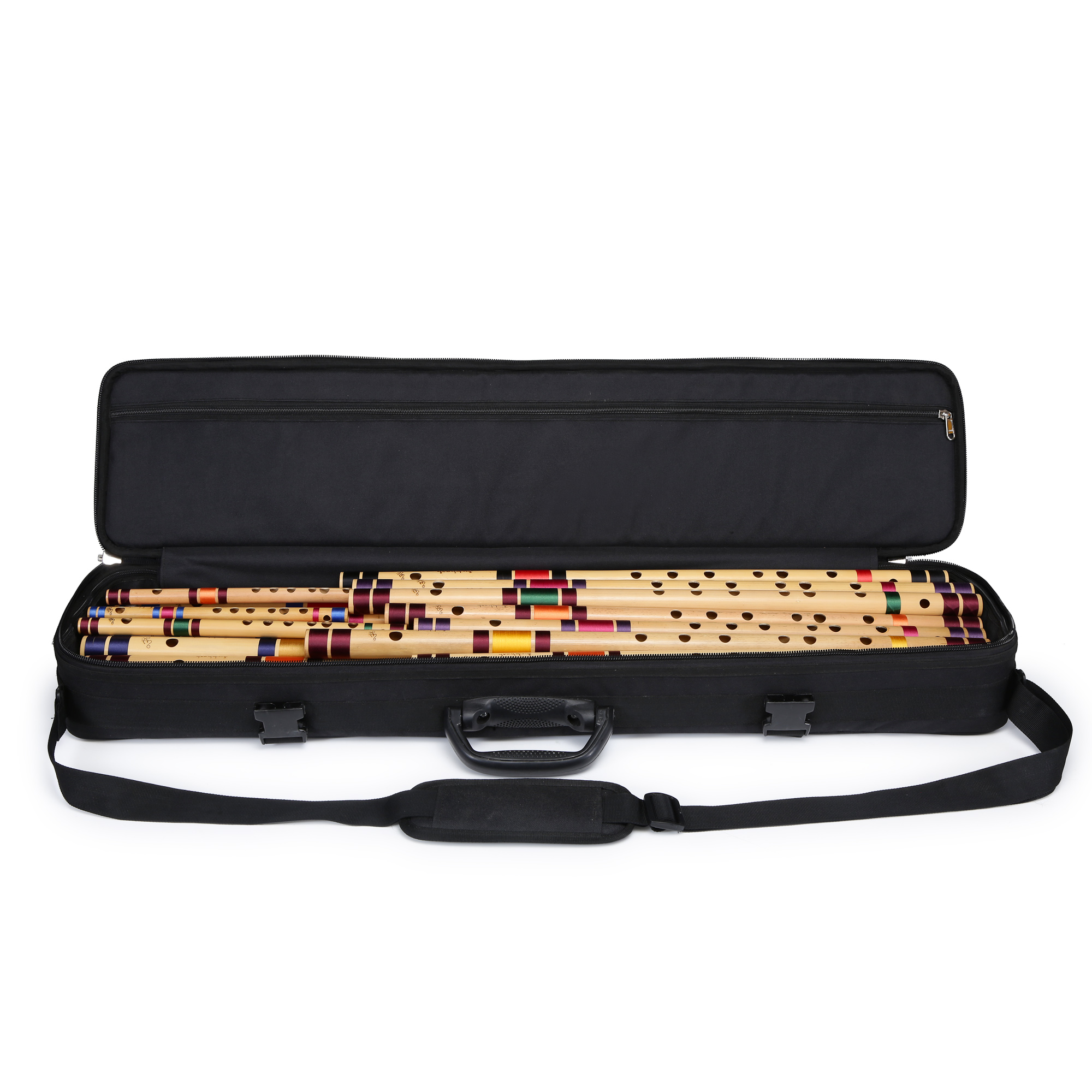 Clearance Sale Discount up to 50%

34
We are happy to announce that we are giving our cu... Read More 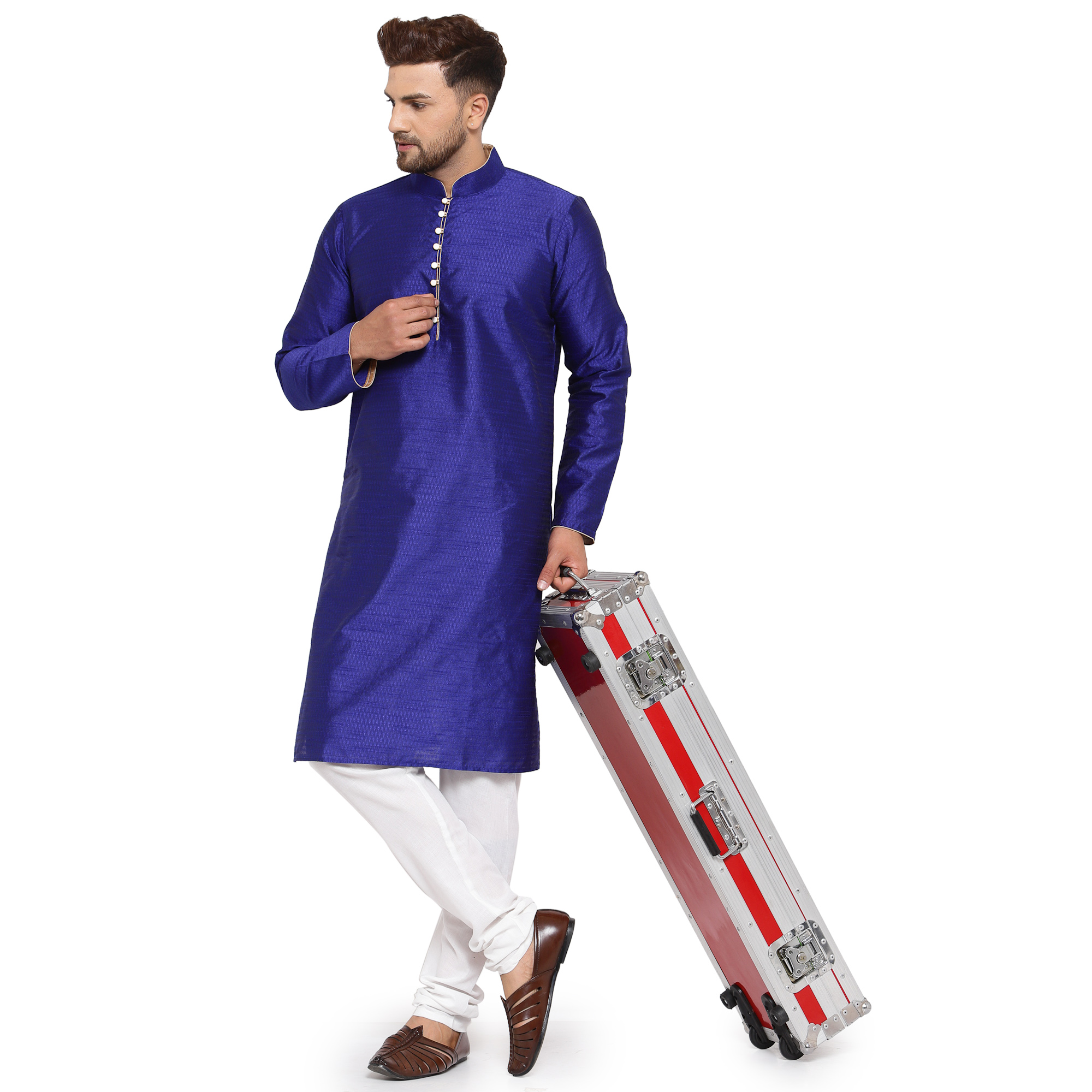 34
Flight Case has always been a necessity of every B... Read More 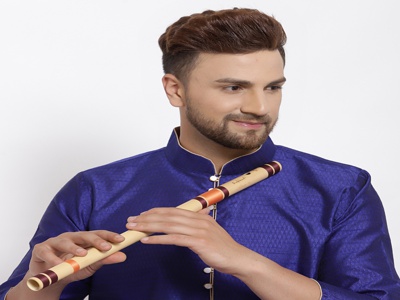 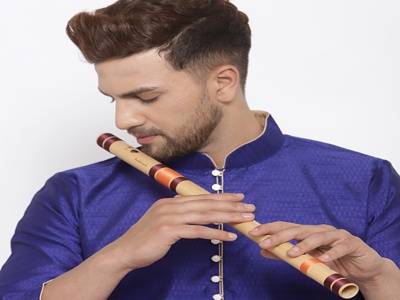