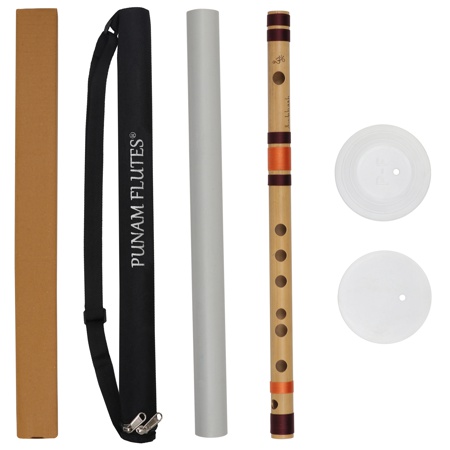 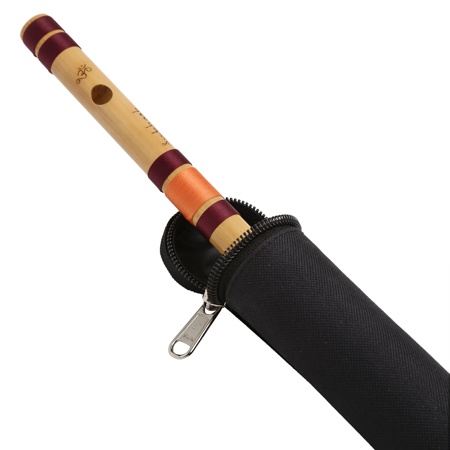 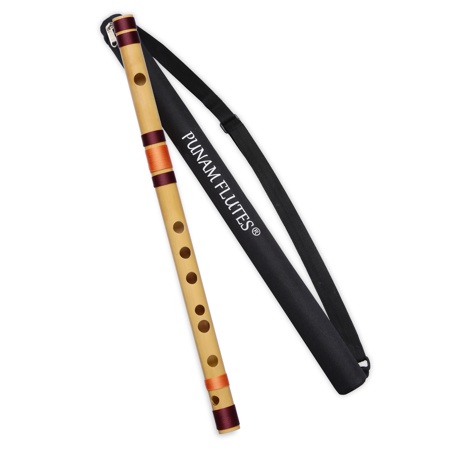 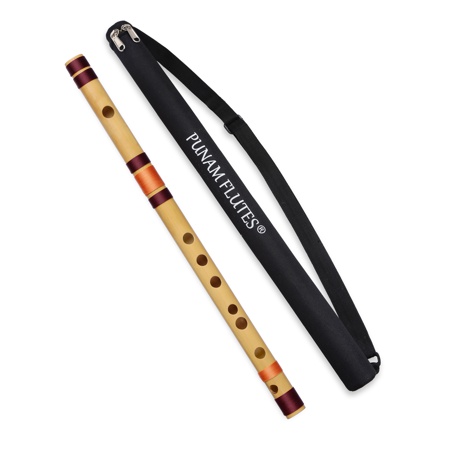 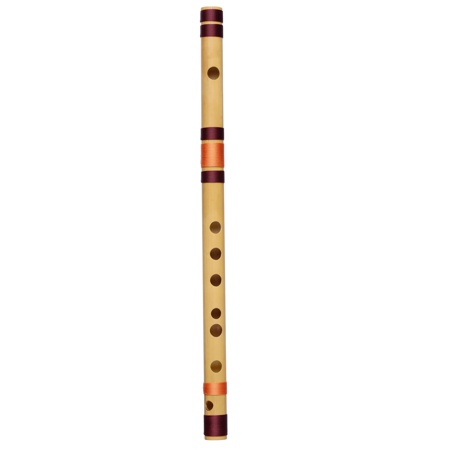 Clearance Sale Flutes  might not be the best looking, but are completely in tune just like our every other flute बांसुरी. The bamboo used to make these flutes comes from forests where they are exposed to more sunlight, rain and friction by rubbing against each other and because these are old and mature bamboo, they have natural marks, pattern and some scratches on them with a chance of little variation in shape as well. However the flutes sound equally good if not better than the flutes made from newer bamboo. One more point to be noted is that because this bamboo had more time in the forest to mature, it's physical strength is more than the newer bamboo.

Key note of C sharp according to the western style playing when all six holes are covered.

Some alternate names for the scale F Sharp are -

Note:- The number of Bansuri case with your order is always one. Although the size of the Bansuri case depends on the number of flutes ordered. The case will be big enough to accomodate all the ordered Bansuri/flutes.

a. For customization request, I have made a special instructions box in which the customer can ask for engraving and threading.

b. Engraving: We do this handwritten and the limit to that is dependent on our handwriting. By default, Om and Subhash are already written on the flute but the customer can get it changed and it has to be a pre-paid order and there is no exchange or return after the engraving as we cannot sell this flute to someone else.

c. Threading: With every product, we have put up a picture of 15 colours of threads so that it is easy for the customers. The customer can choose any 2 colours from these in which if you choose one light and one dark colour, then it makes the flute more beautiful. If any customer does not choose a color, then by default we give them maroon and orange colors on the flute. 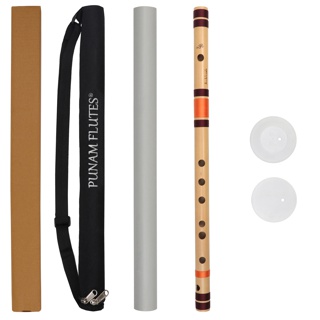 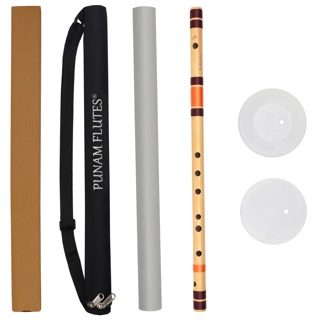 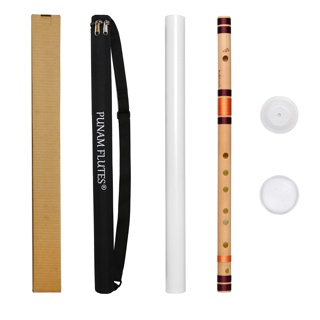 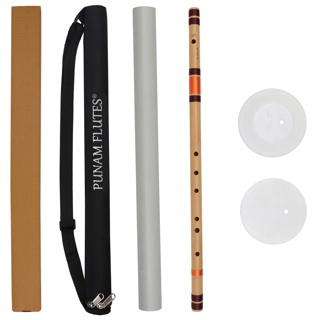 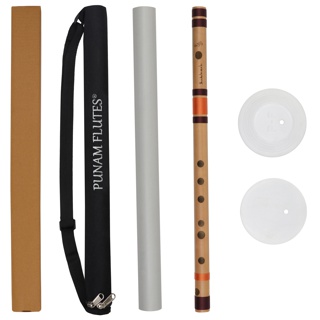 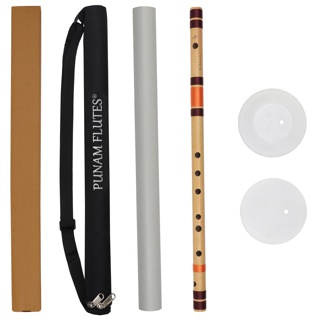 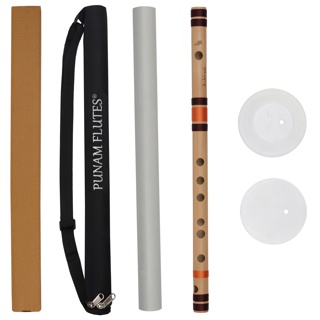